There’s a lot of anticipation surrounding the arrival of the Raider in Las Vegas next year. As the new stadium is being built, the Raiders are getting Las Vegans excited and selling suites at the Raiders Preview Center in nearby Town Square. Downstream, a Portland-based experience designer, created the space, including a mock-up suite, interactive video screens, a detailed miniature of the stadium, and an array of Raiders memorabilia from the stadium. A beautifully designed space in black, white, a silver, it is a great way for locals to preview the team’s arrival and get a sneak peek at what the massive construction project just off the I-15 nearby Mandalay Bay is working to produce.

An incredibly challenging space to shoot, it places black against white indiscriminately and creates incredible challenges of contrast and color with splashes of light from incandescent, video, and colored sources.

Have a look at a few photos we were commissioned to put together to showcase the space: 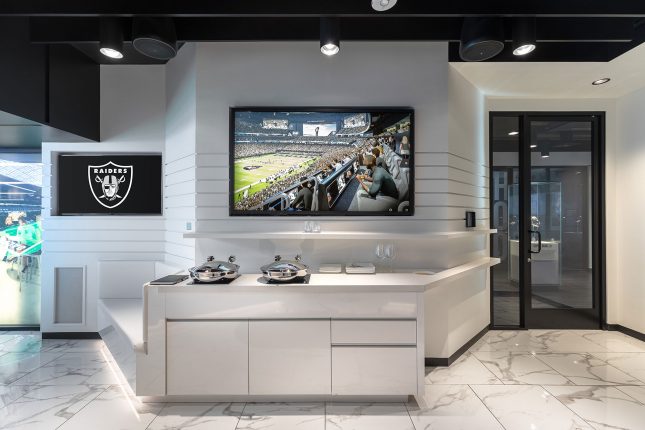 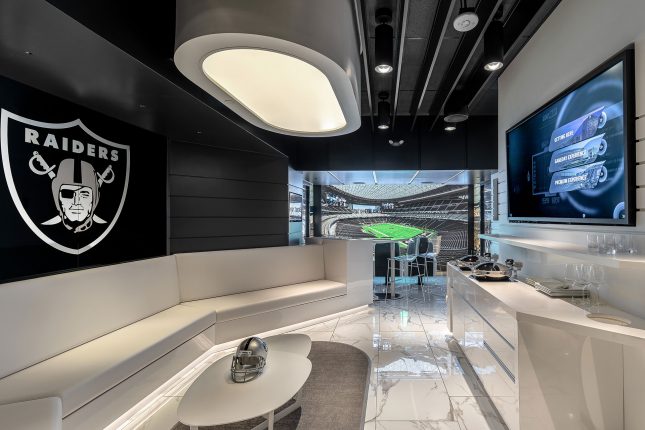 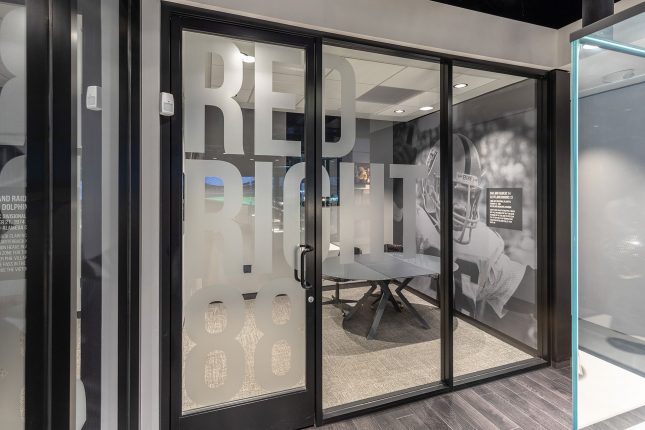