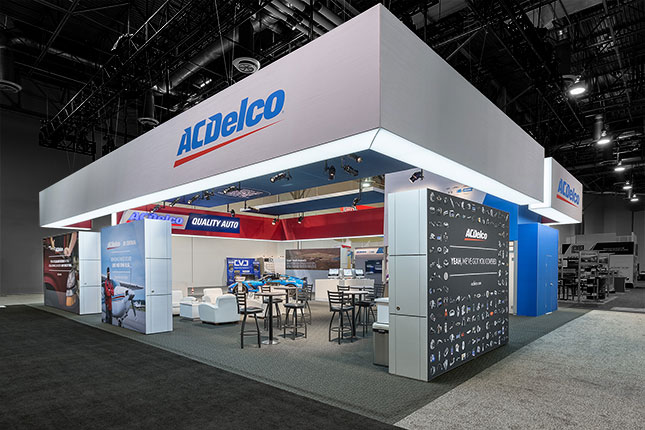 Stunning trade show booths have been the subject of some of our favorite work over the past few months. SEMA and AAPEX came to Las Vegas at the end of October / beginning of November and we had the chance to shoot some incredible exhibits. At AAPEX, the ACDelco booth featured ipads with virtual reality apps installed which allowed visitors to aim the tablet throughout the booth and view the exhibit as if it were an early 1900s auto parts shop. It also featured 3D printed auto parts which could be placed on flat-screen displays which recognized the part and brought up interactive information on the part including specifications and videos.

At SEMA, Chevrolet’s massive booth at the heart of Hall C in the convention center was a tribute to the Camaro, featuring several classic Camaros including the worlds first, and the worlds fastest. The exhibit also offered attendees the chance to check out the array of Chevy accessories and Chevy engines along with a few choice trucks and a prototype utility vehicle. 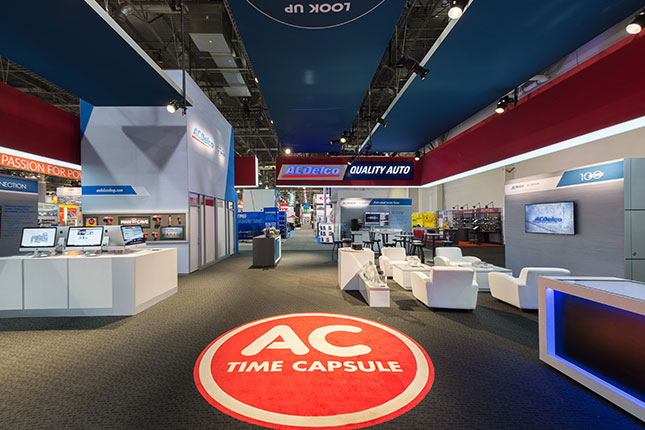 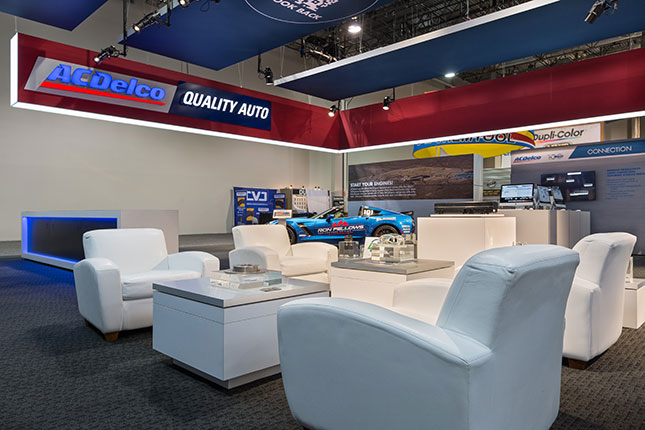 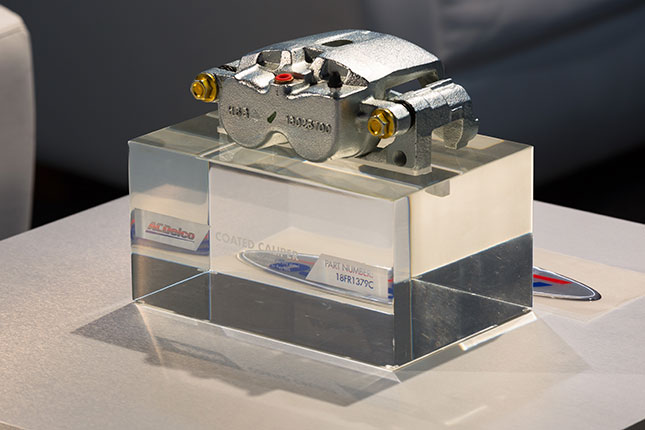 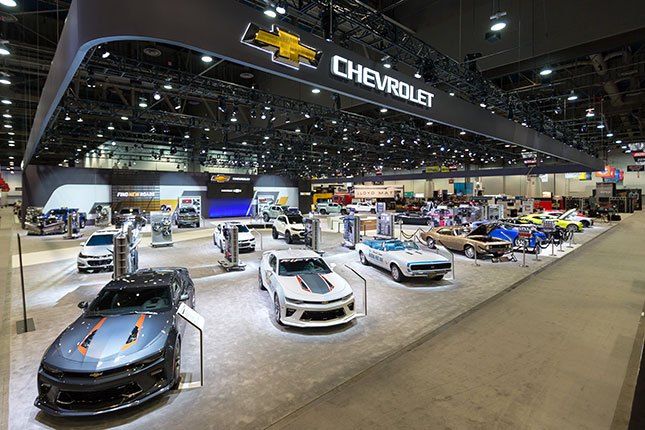 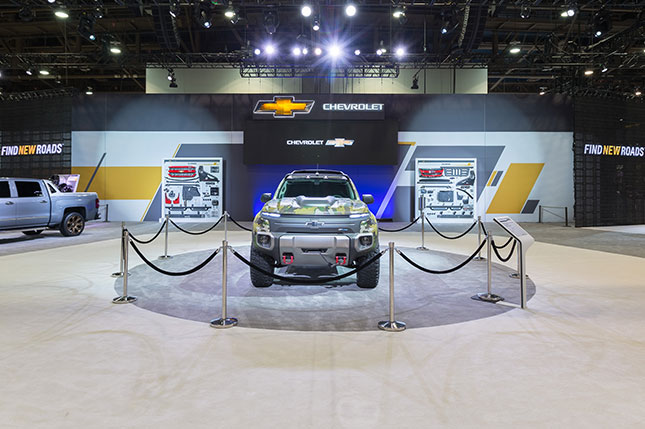 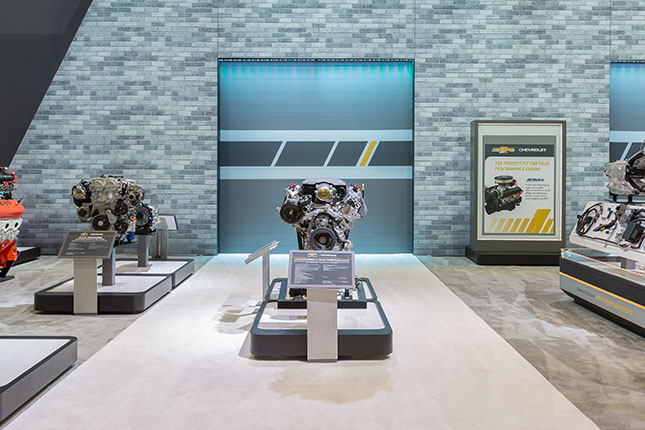