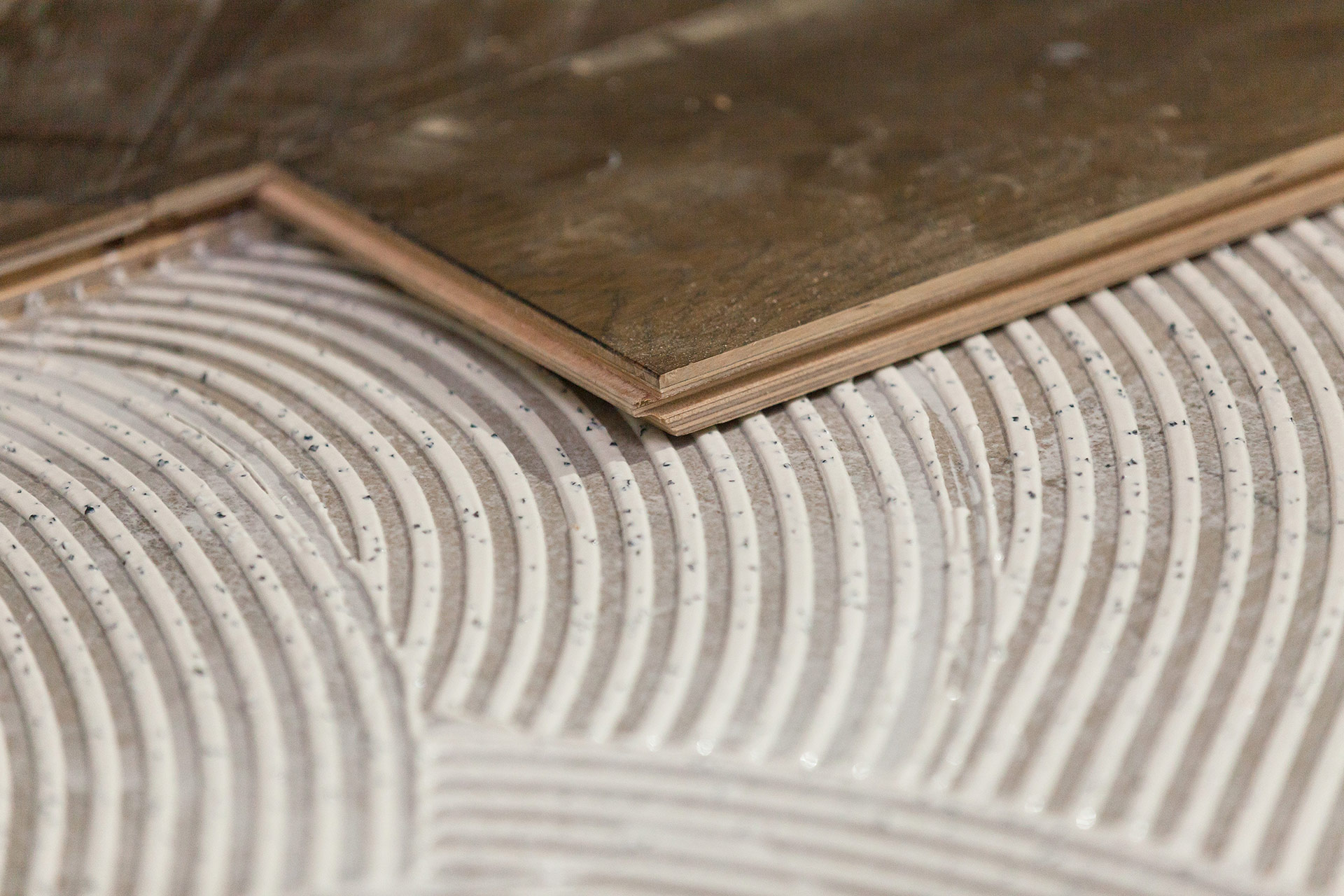 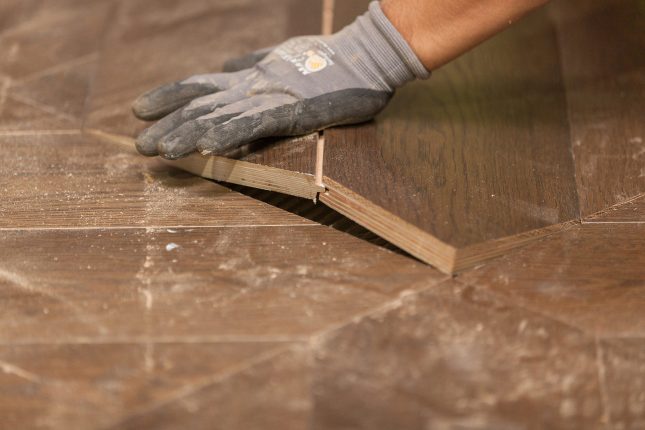 Bostik, an adhesives company based in Wisconsin needed construction images in Las Vegas of part of the massive renovation taking place at the Monte Carlo Hotel and Casino. A new product was being used in the installation of an elaborate hardwood floor being installed in an upscale new steakhouse, and they needed photos of the product in action. The specifics of the task were: 1 Capture their product in use during construction. 2. Capture an award-winning hardwood pattern as it was being installed. 3. Work unobstrusively in an environment where multiple crews were expected to work in the same space at the same time. 4. Deliver a few same-day images of the shoot for a time-sensitive press release.

From making sure we had all our necessary safety equipment to being cleared with all the necessary insurance requirements to work at an MGM property during construction, there was no shortage of red tape to get through before the shoot ever started. But with good preparation and excellent cooperation between all the parties involved, the shoot went off without a hitch.

The circumstances were not hospitable, nor conducive to great photography: There was no functional lighting in the steakhouse. The only lights present were the work lights crews brought which were powered via long extension cords. There was dust everywhere–the lenses needed to be cleaned constantly. There were materials everywhere and the various crews (flooring, millwork, etc.) were fighting an unspoken turf war as to who could stand and places their things in any given spot–so just finding somewhere to put the standby camera equipment was a challenge.

Armed with a couple of speedlights and some cameras which function great in low light, we think we were able to create some crisp, beautiful images which make it look like the place was a lot brighter, cleaner, and organized than it was–and Bostik came away with the images they needed. 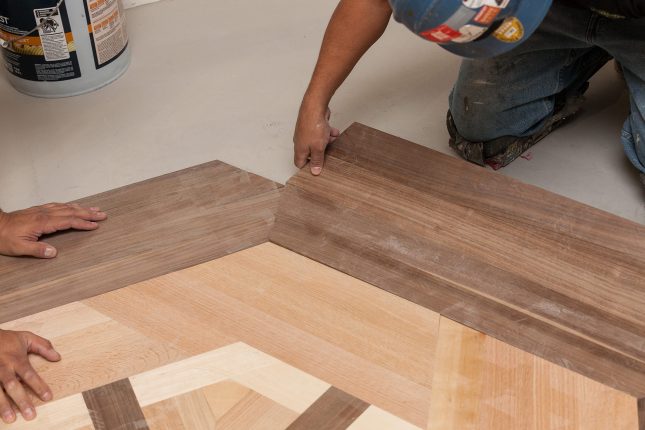 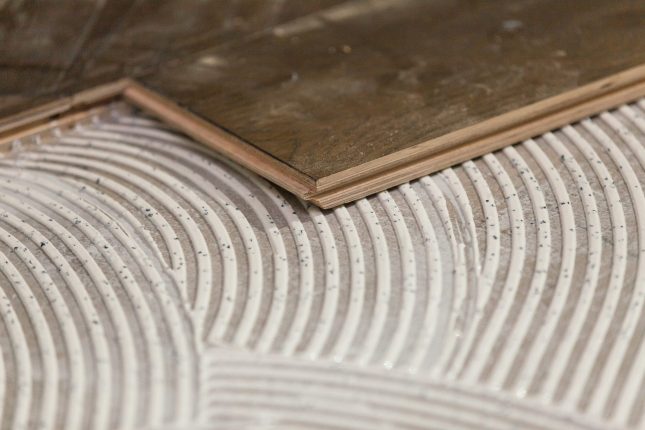 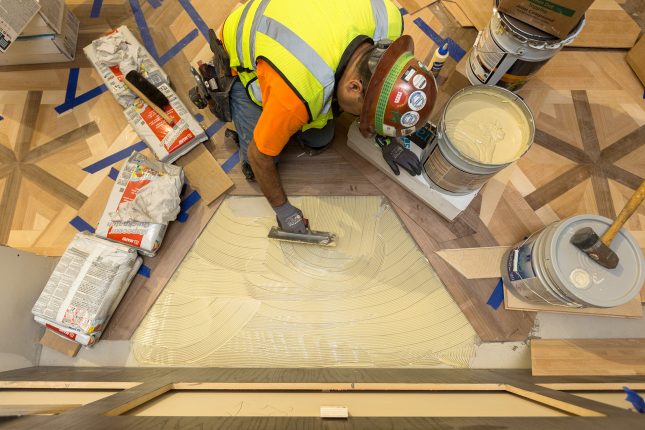 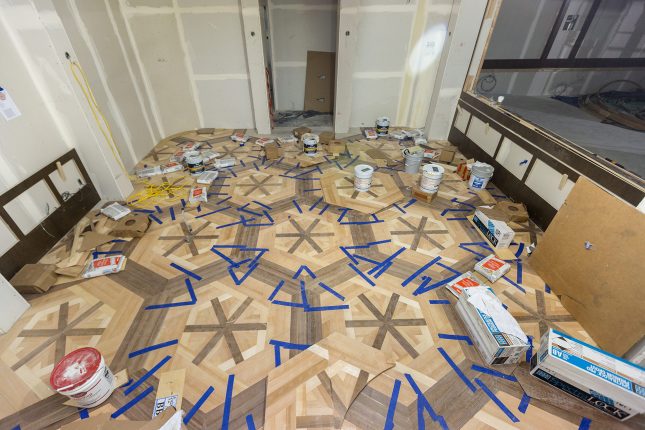 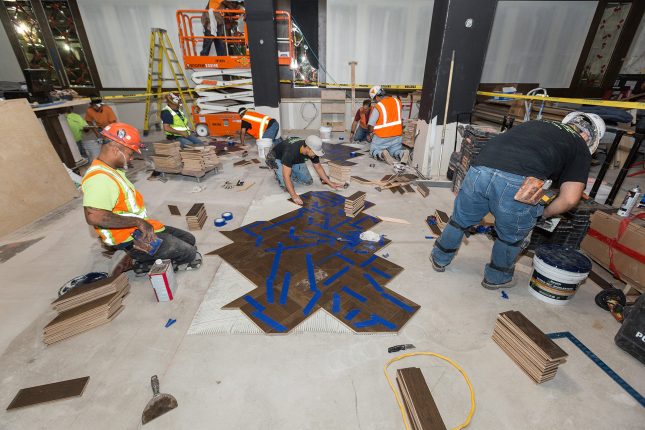